Thomas finished the paperwork, the room grew quiet, and it was time for her to go. Thankfully things picked up from there to distract from the emptiness of my arms – Thomas and my mom left to meet Ruby at the other hospital after she was admitted to the NICU there. Dad followed the helicopter outside to take photos and video. And I was wheeled out of Labor & Delivery to my postpartum room, where I’d spend the next two nights away from my sweet girl.

So, what happened to cause Ruby to be born so sick?

I mentioned meconium – basically baby’s first bowel movement. Usually, new parents will see the dark, sticky substance in their baby’s first couple of diapers, but if labor and delivery cause stress to the baby, it can be passed while the baby is still in the uterus. And since baby is not out in the world yet, the meconium mixes with surrounding fluid and can be breathed in.

My doctor saw the meconium with my very first push, which meant I needed to get Ruby out immediately so she could be treated. Because she hadn’t dropped down far enough to be born that quickly, it was an emergency situation that required a c-section.

I have a copy of the discharge summary. Eight pages of medical language explaining the complications during delivery, her diagnosis and treatment. I held my breath the first time I read it – it was gut-wrenching.

Babies get an Apgar score when they’re born – a 0-10 scale that indicates their overall wellbeing. “Scores between four and six indicate that some assistance for breathing might be required. Scores under four can call for prompt, lifesaving measures.” Ruby’s initial score was a 2 (one minute after birth), and by 15 minutes, she had improved only to a 5.

Can I stop for a minute and tell you how incredible our team of doctors and nurses were (and still are)? They saved our baby’s life, supported us through the trauma and emotions, checked on us by visiting in the NICU, holding our hands as we cried. And several of them will be celebrating with us this weekend at Ruby’s party. They are rockstars, and we love them dearly!

Back to Ruby’s condition and treatment.

Meconium coated her lungs, like a chemical burn, causing pneumonia. Also, my Group B Strep test came back negative at 36-weeks, but I actually did have it, causing infection (sepsis) for Ruby as well. The meconium she breathed in interrupted oxygen and blood flow to her brain – they suspected hypoxic-ischemic encephalopathy (HIE), but brain damage was later ruled out.

“Passive cooling” begun at the Round Rock NICU was the start of her Total Body Hypothermia, cooling her body to 92 degrees. That cooling lowered her metabolism, limiting the ongoing production of toxins that resulted from the blood/oxygen interruption. In the NICU, she was known as “a cooling kid.” And it worked – she was born on a Friday, and by Monday they re-warmed her body. It was gradual, raising it by half a degree every hour for six hours. A risk of that process was seizure, but Ruby tolerated it well, and then thrived.

The day after she was born, they were talking about the possibility of transferring us to San Antonio for Ruby to receive ECMO – using a machine to take over the work of the heart and the lungs. But we are so thankful that we were able to avoid that.

They weren’t sure what her life would look like, if she’d be impaired in some way. The doctors told us she may have Cerebral Palsy, but she is right on track with her developmental milestones. Her MRIs before leaving the NICU were normal, she never developed meningitis as they thought she might… I could go on and on about the possibilities presented to us at the beginning that never became reality. Ruby is our miracle. She’s a fighter.

You can go back to my Instagram to re-read the daily updates we posted on Ruby’s healing journey. It feels weird and clumsy to end the story here when there’s still so much I could say. I’m still piecing together all the memories and processing the emotions, and writing it all down has been so helpful for me to process. Thank you for reading and for praying for us since June 23 a year ago. You carried us through a very difficult time – meal deliveries, phone calls, texts, gifts, donations. The comfort we felt was incredible, and we’re so grateful.

I’ll leave you with this. I don’t know how on earth we would have faced this and come out joyful on the other side if it weren’t for our relationship with Jesus Christ. Our faith came alive in a way we’ve never experienced. When the situation was downright terrifying, when our daughter was clinging to life, we trusted in the God who created us, who created Ruby, knowing that none of this was a surprise to Him. He knew this would be her story. And our greatest hope is that you would trust Him also, whatever it is you’re facing. He is good, He can be trusted, and He wants a relationship with you.

Thanks again, friends, for everything. And happy birthday, Ruby Grace! We are so, so proud of you. 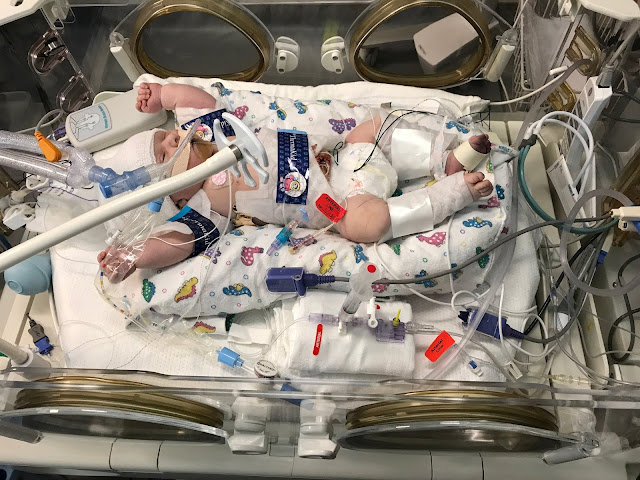 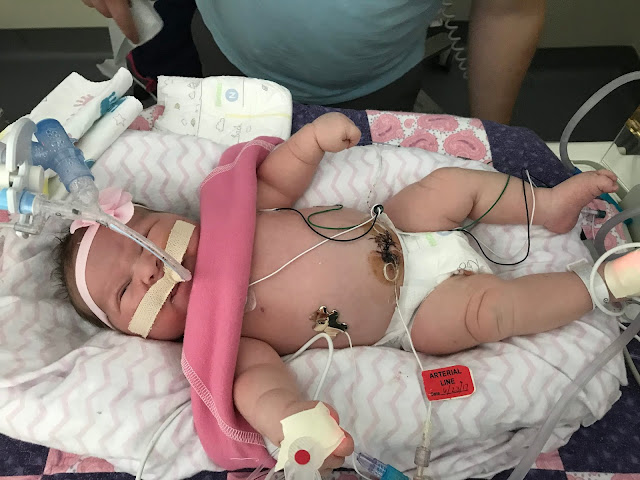 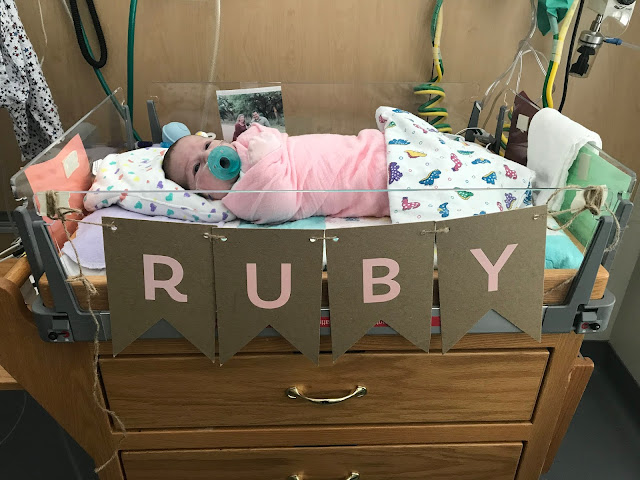 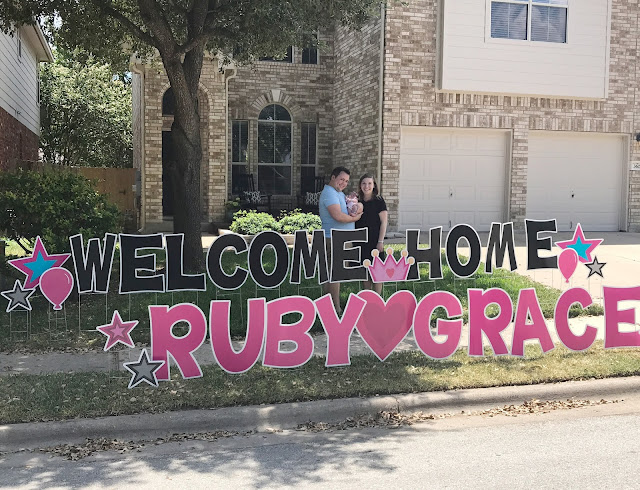 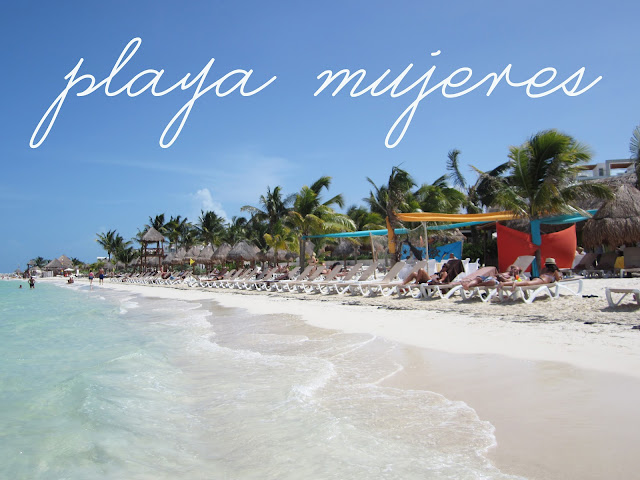